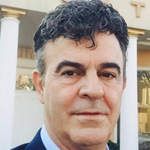 Dimitrios was born and raised in Livadi Elassonas until his 8 years old, when he moved to Katerini. He finished high school in Katerini before his 2 years service in the Greek Army. After that he moved to the U.S.A. For the last 30 years, he has been living in New York City. Dimitrios is a business man, owner of New York Ice Cream. 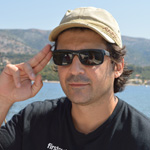 Dimitrios Ntarlagiannis was born in Katerini and moved to the US in 2002. He is married to Paraskevi and they have 3 children. He holds a BSc in Geology and an MSc in Environmental Geology from Aristotle University of Thessaloniki (Hellas) and a PhD on Environmental Sciences from Rutgers University (USA). He is currently and Associate Research Professor of Near Surface Geophysics at the Department of Earth and Environmental Sciences at Rutgers University – Newark. He is very interested in promoting Hellenic culture and history outside of Hellas; he is dedicated in restoring the historical truth on the Hellenism of Macedonia. 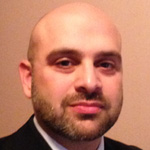 Petros has been living in NY since 1998 and particularly in Astoria, NY since 2002. He moved to the United States from Katerini, Hellas. He graduated from the Eniaio Polykladiko Lykeio, Katerini and Pythagoras IEK, Thessaloniki. Petros spent most of his life working in the consumer electronics, electrical and security industries. He currently holds the position of the Regional Manager (NY/NJ) for Stanley Black and Decker under CSS. Petros is a strong supporter of Hellenism and is actively getting engaged in many different ways with the larger Hellenic community. He enjoys Philosophy, traveling, and leisure family time with his wife and two children. Peter currently holds a BA in sociology and is pursuing his MA in Business at CUNY. 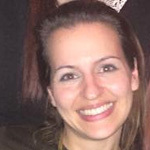 Zoe was born in NY but left for Katerini, Hellas at the age of 4. Graduated from the 3rd General High School. She got her Bachelor’s Degree in Economic Sciences at the University of Macedonia in Thessaloniki. She worked as an English tutor for 11 years before she moved back to NY 5 years ago. She is currently working at Alma Bank at the loan department. She is very proud of her background and would like to connect with other individuals that share the same ideas as she does. She enjoys travelling and exercising. 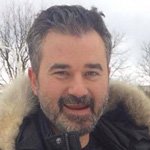 George was born in NY and moved to Katerinh in 1984. He graduated from the Eniaio Polykladiko Lykeio and then moved back to NY to continue his studies. In 2000 he received his BS in physical science from St. John’s university while working for Lufthansa German airlines. George currently is the senior HR business partner for DHL and oversees the greater NY metropolitan area. He enjoys travelling and is fluent in Greek and German. 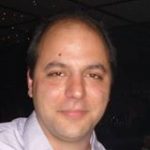 Emmanouel was born in NY in 1977, moved to Katerini in 1986 and finished the 3rd General High School. He was admitted to the National Technical University of Athens (Ethniko Metsobeio Polytexneio) where he studied Electrical and Computer Engineering. He has taught English as a Second Language for over 15 years, and in 2014, moved to New York again. Now he works at Vincent’s Limousine Service of New York, where he started out as an HR Assistant / General Assistant but since late March 2016 has been a Fleet Logistics Administrator. He enjoys reading, listening to music and watching movies, but also likes to go to the theater and concerts when chance arises. 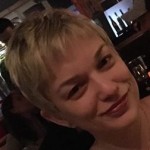 Eva Halkias was born and grew up in Katerini, Greece. As soon as she received her degree in Marketing and Advertising from ATEI Thessaloniki in 2000, she moved to New York. She is a marketing professional with over 16 years in Operations, Strategy and Management within a diverse field of businesses. Eva is a passionate volunteer, supporting non-profit organizations in Education, Children, Health and Sports. She is also the Treasurer for the Board of Directors at the Hellenic Education & Language Program. Eva is also a marathon/ ultra marathon runner and mom of Spiros & Anna. 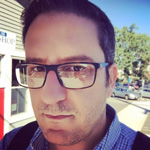 Petros Charitopoulos was born in Thessaloniki, Greece on April 21, 1976. From an early age, he had a passion for computers. Another passion of him was broadcasting. Petros has worked in many radio and tv stations in Greece, gaining more than 20 years of experience in the broadcast industry.

Since 2011 Petros is working as a web-designer in New York City, and currently he holds the position of the Senior Meeting Technology Advisor for Lanyon.

At the same time, he is very active in the social media expressing his ideas and thoughts about the Greek crisis.

He has appeared in radio and tv shows, some of them were: 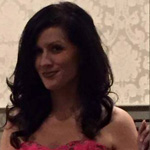 Originally from Boston, Maria just moved to New York City last year. And loves living in Manhattan. Maria, originally a fashion designer, owned and operated Sabella Couture, a high end bridal and evening wear company that designed and created gowns worn at the SAG Awards, MTV Movie Awards, Guy Awards, Latin Grammy Awards, and multiple Oscar events, as well as many other movie premieres and red carpet events. She also designed and created the 2006 Victoria Secret Diamond Bra. After retiring from the fashion industry, she is currently working in the realm of corporate relocation services and high end real estate. Maria comes from a family that has always been very involved in the Greek community, and has served on multiple boards, including the Kateriniotes Society in Boston, as well as the Federation of Hellenic American Societies of New England to name a few. She also does a good deal of event planning. She loves traveling.